Dennis Lam
Chief Executive Officer, President
Dennis Lam is the Chairman, President and CEO of GBC International Bank (formerly known as Guaranty Bank of California). He was instrumental in arranging the purchase of the Bank on behalf of its current shareholders. Since then, he has successfully acquired three other banks and merged them into GBC International Bank.
Mr. Lam’s role as CEO of GBC overlapped with earlier assignments as the Director and General Manager of a finance company in Hong Kong, and concurrently as Managing Director of a joint venture bank in China. Before GBC, Mr. Lam held a management position with a New York bank in Hong Kong, and various finance and consulting positions with the Ontario Government in Toronto, Canada.
Mr. Dennis Lam is a Chartered Professional Accountant, British Columbia, Canada. He is married with two children. 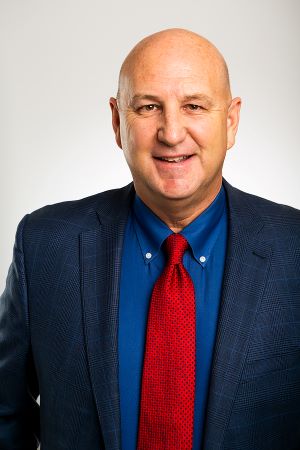 Richard Holmes
Executive Vice President, Chief Finance Officer
Richard Holmes is the Bank’s EVP & CFO with a Banking career that spans over 35 years. He joined the Bank in August 2008 assuming the role of SVP & CFO. In 2016 Mr. Holmes was promoted to EVP & CFO and has recently been appointed as Secretary to the Board of Directors.
Mr. Holmes brings a wealth of banking knowledge from his many years of service to the Banking community and plays key roles in: Mergers and Acquisitions, Information Technology, Strategic Planning, Product Creation and expansion, Bank Balance Sheet Management, Budget Preparation, Corporate Risk Management, Corporate Activities, Bank Investments, Regulatory Compliance, Income and Expense Management, Credit Pricing Structures, Various Other Committees and Bank Activities.
Mr. Holmes has a wife Barbara, four sons and a daughter. He holds a BBA in Finance from West Texas State University and a graduate degree in Banking from the University of Colorado. 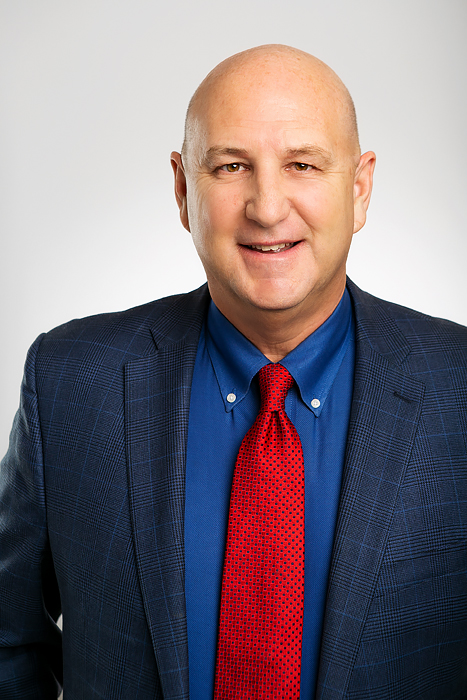 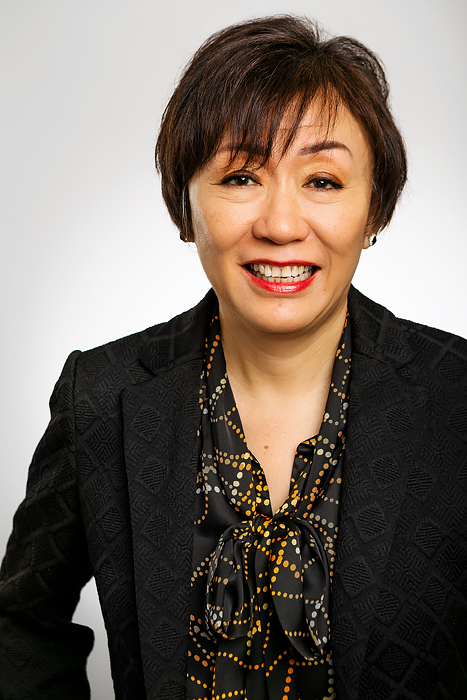 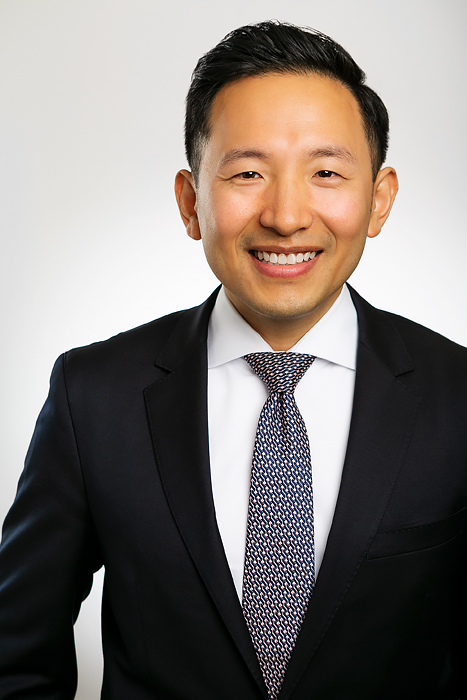 Calvin began his career with GBCIB in 2009 as a Credit Analyst in Los Angeles and relocated to San Jose with the acquisition of a bank branch in 2012. His tenure in Northern California led to the formation of a regional lending team with relationship managers, credit analysts and associates that embodied a culture of compassion and resilience supported by respect for one another, all pillars of GBCIB’s guiding principles.

In 2016, Calvin returned to Los Angeles where he played a key role in the bank, serving as Senior Vice President, Strategy Officer and Credit Administration, overseeing the development and execution of the Bank’s strategic plan which included systems upgrades, process improvements, new products, internal engagement initiatives, and short and long-term growth strategies. He also serves as a member of Director Committees in the areas of Credit, Loan, Audit, HR, BSA, ALCO, and CRA, and as Audit Committee liaison to the Board of Directors.

Calvin earned his B.A. in Economics and a Minor in Management from University of California, Irvine. He graduated from ABA Stonier Graduate School of Banking School at the University of Pennsylvania.

Dennis Lam
Chairman of the Board
Dennis Lam is the Chairman, President and CEO of GBC International Bank (formerly known as Guaranty Bank of California). He was instrumental in arranging the purchase of the Bank on behalf of its current shareholders. Since then, he has successfully acquired three other banks and merged them into GBC International Bank.
Mr. Lam’s role as CEO of GBC overlapped with an earlier assignment as the Director and General Manager of a finance company in Hong Kong, and concurrently as Managing Director of a joint venture bank in China. Before GBC, Mr. Lam held management position with a New York bank in Hong Kong.
Earlier in his career, Mr. Dennis Lam held various positions in finance and consulting with the Ontario Government in Toronto, Canada.
Mr. Dennis Lam is a Chartered Professional Accountant, British Columbia, Canada. He is married with two children.

Dennis Lam
Chairman of the Board 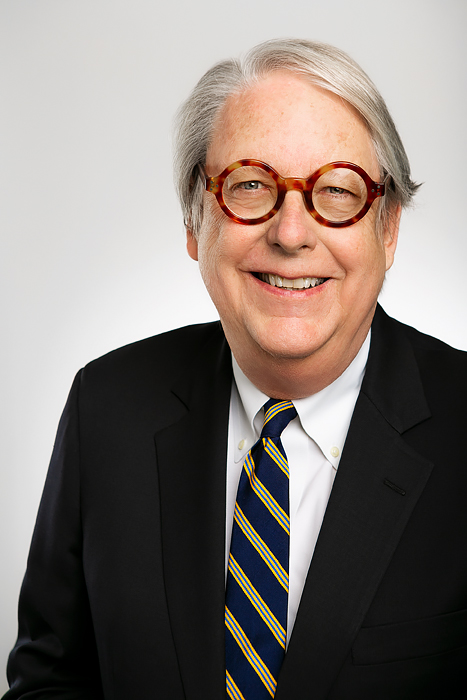 Bob Brandow
Board of Director
Bob Brandow is a retired executive of The Boeing Company where he was responsible for financing the company’s space and defense customers. At Boeing his focus was on space-based communication projects, often with the support of the US Exim Bank. Prior to his work at Boeing, Bob served as Vice President and Chief Financial Officer at Lockheed Martin Finance. He has extensive banking experience having started his professional career at Continental Illinois Bank where he held posts in Chicago, London, Los Angeles, Mexico City and Jakarta, Indonesia. After Continental Bob joined Westpac Banking Corporation where he managed that Australian bank’s corporate lending on the west coast of the U.S.
Mr. Brandow has his undergraduate degree from Northwestern University and a MBA from the Kellogg School of Management at Northwestern. After college he spent four years as a Peace Corps Volunteer in Liberia, West Africa where he designed, built and managed the country’s first community radio station.
Mr. Brandow is currently an International Advisor to TCA Ltd., a London based consulting firm specializing in investment negotiations with Asian clients. He and his wife live in Los Angeles and also maintain a residence in Siem Reap, Cambodia. They are active supporters of the World Monuments Fund’s restoration efforts at the Angkor Wat temple complex.

Bob Brandow
Board of Director 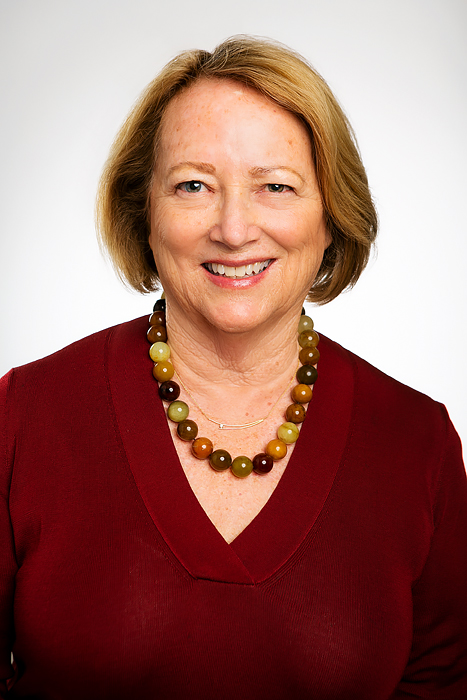 Linda Haley
Board of Director
Linda Haley is a longstanding member of the Board of Directors, having joined the board in 1994. She has served on the Bank's Audit, Marketing, Personnel, Community Reinvestment Act Compliance, Credit Compliance and Bank Secrecy Compliance committees, currently chairs the Personnel Committee, and is a trustee of the bank’s Community Foundation.
She is retired from a career as a banking and international business transactional attorney. She is active in community and charitable organizations, including Social Venture Partners Los Angeles (Fast Pitch coach and Fast Pitch Committee member), Dramatic Results , a STEAM education resource nonprofit (board member, Sustainability Committee member), CSULB 49er Foundation (board member, Development Committee member), CSULB University Art Museum (board member).
Her hobbies include sports (biking, Pilates, water sports), book clubs (member of 2 currently), and grandchildren (6). She is married to Long Beach physician Dr. Marvin Zamost.

Linda Haley
Board of Director 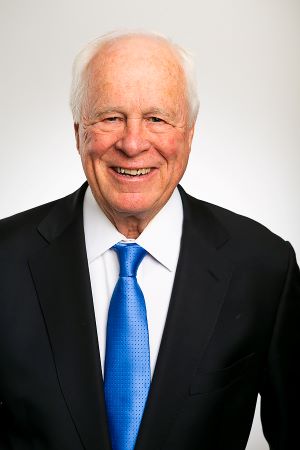 Charles D. Kenny
Board of Director
Charles D. Kenny has been engaged in commercial banking in the Los Angeles area for more than 40 years. Currently, he is a director of GBC International Bank in Los Angeles.
Mr. Kenny began his banking career at First Interstate Bancorp as Assistant General Counsel. Other banking positions during his career include Executive Vice President and General Counsel of both City National Bank in Beverly Hills and Union Bank of California in Los Angeles. He also previously served as President and Chief Operating Officer of Manufacturers Bank and retired as Chief Executive Officer of the Private Bank of California in Century City.
Mr. Kenny has attended well over 400 bank Board of Director meetings during his career, serving as a Director of Manufacturers Bank, California General Bank, Professional Business Bank, Plaza Bank and GBC International Bank. He has been designated as an expert witness in a variety of bank corporate governance cases and has served as an advisor to boards of directors on a full range of corporate matters.
Mr. Kenny is a former Director of the California Bankers Association (CBA) and a former Director of the California Bank Clearinghouse Association. He has served as a Course Commentator for the CBA’s Director Certification Program and is a member of the CBA Corporate Governance Task Force. He is a member of the National Association of Corporate Directors and is a Director of its Southern California Financial Services Board.
Mr. Kenny formerly chaired the Corporate Law Department Section of the Los Angeles County Bar Association.

Charles D. Kenny
Board of Director 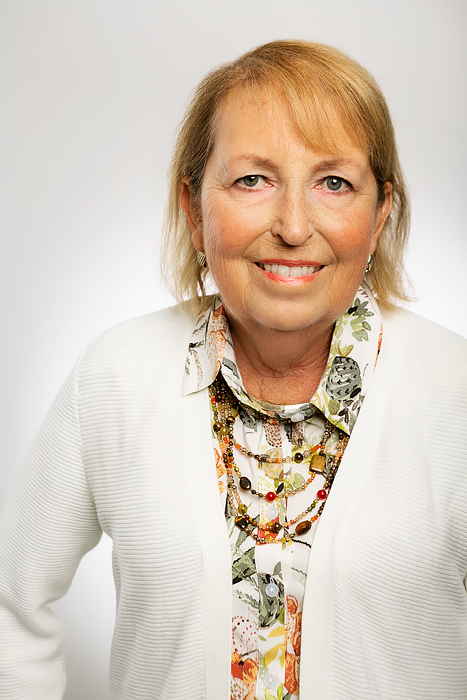 Christie Kubicek
Board of Director
Christie Kubicek is a CPA and was an audit partner with RSM US, the fifth largest accounting firm in the United States for fifteen years. She joined the Firm in 1981 and retired in 2016. During her career with RSM US, she focused primarily on community banks. The banks ranged in size from de novo to $6 billion in assets. She also worked with specialty finance companies which ranged in size from $200 million to $9 billion in assets. Early in her career she also worked with manufacturing and local government entities.
Ms. Kubicek's client base included both privately and publicly held financial institutions. She worked on many public offerings including stock and debt offerings.
Ms. Kubicek was on the board of directors of Oakmont Country Club for two three-year terms and has been the Treasurer and/or a member of the Finance Committee for approximately 10 years. She was the first woman to hold these positions since the inception of the Club in 1922.
She graduated from California State University, Fullerton with a Bachelor's degree in Business Administration in 1981.

Christie Kubicek
Board of Director 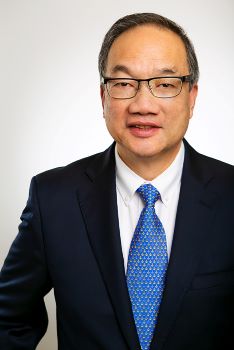 Richard Wong
Board of Director
Richard Wong is a CPA and manages his own accounting firm in San Francisco. He is a member of the American Institute of Certified Public Accountants and the California Society of Certified Public Accountants. He has been on the Board of Directors of GBC International Bank since 2004 and is a current member of the Bank's Audit and Loan Committee.
Mr. Wong emigrated from Hong Kong to America when he was 12. During his teen years, he helped in the family restaurant business in Salt Lake City, Utah. He graduated from the University of Utah with a Bachelor of Science in Accounting. His first job was with Ernst & Young in New York City. A few years later, he moved to California and graduated from the University of California at Berkeley with an MBA in Finance. After graduation, he worked for Touche Ross & Co in San Francisco and started his accounting firm in 1979.
Mr. Wong supports and is active in many San Francisco Chinatown non-profit organizations. He also served as a member of the Board of Directors of the Portsmouth Plaza Parking Corporation, a non-profit organization managing a City-owned parking garage in S.F. Chinatown.
Mr. Wong is the father of 3, twin sons and a daughter. His leisure time activities include tennis and dragon boating.

Richard Wong
Board of Director